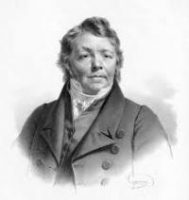 Johann Nepomuk Hummel (born November 14, 1778, Pressburg, Hungary [now Bratislava, Slovakia] – died October 17, 1837, Weimar, Thuringia [Germany]), was an Austrian composer, outstanding virtuoso pianist, conductor and teacher who received instructions from Wolfgang Amadeus Mozart and Joseph Haydn, was a friend of Ludwig van Beethoven and performed with Niccolò Paganini. His music shows the change from the Classical to the Romantic musical era. Hummel was not only considered one of Europe’s finest pianist-composers in his time, but was also widely regarded as the greatest piano virtuoso of his era. Hummel’s most important compositions are his piano works, consisting of trios, rondos, sonatas, and six concerti. He also composed nine operas, three masses, a mandolin concerto, and chamber works, notably the Septet in D Minor. Hummel published A Complete Theoretical and Practical Course of Instruction on the Art of Playing the Piano Forte.

Johann Nepomuk Hummel was born in Pressburg, Hungary (now Bratislava, Slovakia) into the family of a violinist and conductor, Johannes Hummel. A child prodigy, Johann began music instruction at the age of three, playing the violin fluently at five and the piano at six under his father’s tutelage. When Hummel was small, the family moved to Vienna, where his father became music director of the Imperial School of Military Music in Vienna. Hummel studied at an early age with Wolfgang Amadeus Mozart, at whose house in Vienna he lived for two years, the two forming a life-long relationship. In fact, Hummel was the only full-time student Mozart ever had.  Hummel made his first concert appearance at the age of nine at one of Mozart’s concerts.

As a child prodigy, he had a successful debut concert in 1787, and from 1788 with his father, the conductor Johannes Hummel, Johann undertook a four-year tour to Germany, Denmark, Scotland, the Netherlands, and England, where he presented his String Quartet in Oxford. His growing fame as a pianist was due to his virtuosic technique, as well as his brilliance as an improviser. In England Hummel stayed for four years before returning to Vienna and he studied a year with Muzio Clementi. In 1791, Joseph Haydn, who was in London at the same time, composed a Sonata in A-flat for Hummel, who played its premiere in the Hanover Square Rooms in Haydn’s presence.

After returning to Vienna in 1793, he spent the next decade studying with Vienna’s leading composers, taking lessons from Johann Georg Albrechtsberger, Antonio Salieri and Joseph Haydn. At about this time, young Ludwig van Beethoven arrived in Vienna and took lessons from Haydn and Albrechtsberger, becoming a fellow student and a friend of Hummel.

The contact with Joseph Haydn proved fruitful. Haydn served as chapelmaster, or resident composer and musical supervisor, for the court of Prince Nikolaus Esterházy. Hummel would spend several years at the Esterházy court in Eisenstadt and gradually took over more and more duties as chapelmaster there. In 1804, Hummel became chapelmaster to the Esterházy family and he retained the post until 1811. In 1809 Haydn died and Hummel became the main composer at the court. During the Eisenstadt period he composed several concerti, many sacred works, including five large-scale masses and many works for solo piano. He also composed many short theatrical pieces, and minuets and dances for orchestra, but he produced only one opera, Mathilde von Guise, which premiered on March 26, 1810, in Vienna. 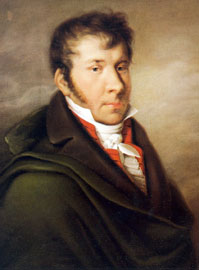 After returning to Vienna, he continued life as a pianist and composer. In 1813 Hummel married a well-known singer, Elisabeth Röckel, with whom he had two sons, one became a pianist, the other a painter. The following year, at Elisabeth’s request, was spent touring Russia and the rest of Europe.

From 1816 to 1819 Hummel held the position of chapelmaster at Stuttgart and from 1819 to 1837 in Weimar, where he formed a close friendship with Goethe and Schiller, colleagues from the Weimar theatre. While in Weimar, he made the city into a European musical capital, inviting the best musicians to visit and make music. Hummel was also one of the first to fight for musical copyrights against intellectual pirating.

In 1830 Hummel visited Paris and London, his first visit there for forty years, and the climax of his playing career. Indeed, two subsequent visits to London in 1831 and 1833 showed his reputation already in decline, and a visit to Vienna in 1834 was also a disappointment. Hummel’s health deteriorated in his later years, and he died on October 17, 1837, in Weimar, Germany.