Moldobasanov Kaly Moldobasanovich (born September 28, 1929, in the village of Terek, Naryn Region, Kyrgyzstan – died May 29, 2006, Bishkek, Kyrgyzstan) was a famous Kyrgyz and Soviet composer, conductor, music teacher and public figure. Moldobasanov’s creativity includes numerous ballets, symphonic and chamber compositions, cantatas, ballads, movie and theatre soundtracks, and arrangements for Kyrgyz folk instruments orchestra. His music reflects the proud and freedom-loving spirit of the Kyrgyz people, their history, traditions, way of life and mentality. Moldobasanov’s most famous works are the ballets Kuiruchuk (1958) and Mother’s Field (1975), which are being performed today.

Kaly Moldobasanov was born into the family of Moldobasan Musulmankulov, who was a famous akyn (Kyrgyz bard and singer of epics) and People’s Artist of the Kyrgyz SSR (Soviet Socialist Republic). From early childhood, he had great aspiration for music and since Kaly was 12 years old, he began musical activities in the Kyrgyz folk instruments orchestra.

Since 1945, continuing to work in the orchestra, Kaly studied conducting and violin at the Kyrgyz State College of Music and Choreography, in 1950, graduating it with honors. The same year Moldobasanov entered Moscow State Conservatory and, in 1954, graduated from Lev Ginzburg’s conducting class.

In 1954, Moldobasanov returned to the city of Frunze (since 1991 – Bishkek) and began his conducting career at the Kyrgyz Opera and Ballet Theater. More than three decades, composer’s creative life had been associated with the theater staff. From 1966 to 1973, Moldobasanov worked as the chief conductor, and the rest of the time he was a conductor at the theater.

During this period, he made a huge contribution to the development of the musical theater art of the republic, he successfully staged and conducted dozens of national, classical and modern performances, carried out a number of significant premieres, including the operas – Othello, Boris Godunov, Manas; ballets – Kuiruchuk, Asel, ballet-oratorio Mother’s Field, his most famous work, which is significant as a successful attempt to develop a new branch of Kyrgyz art. 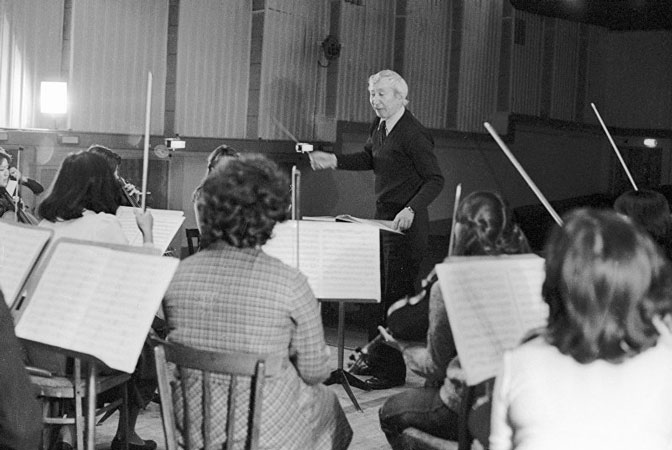 Kaly Moldobasanov was awarded the State Premium of the USSR in 1976 and the title of People’s Artist of the USSR. 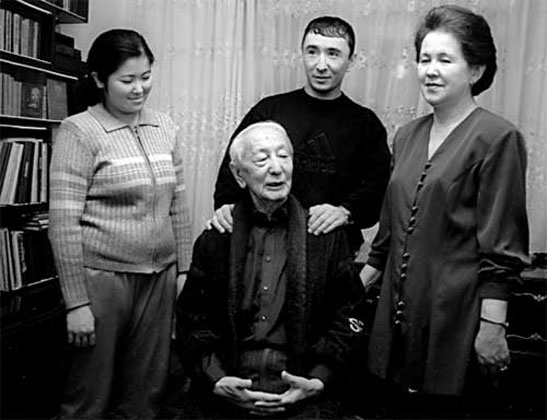 Kaly Moldobasanov with his family

Moldobasanov died on May 29, 2006, and was buried at the Ala-Archa cemetery in Bishkek, Kyrgyzstan.