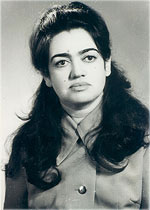 Feride Quliyeva was born on June 12, 1930 in Yessentuki, a city in Stavropol Krai, Russia, into the family of well-known professor Tahir Quliyev. Feride came from a noble Quliyev family, she was the sister of the legendary composer Tofig Quliyev, who had enriched the musical culture of Azerbaijan with countless masterpieces. Feride’s husband was an officer, he came from a well-known family of Hajinsky.

In 1947, she studied at the music school at the Hajibeyov Azerbaijan State Conservatory (now Baku Academy of Music), in two subjects, piano and composition. The same year she was enrolled in Conservatory in two faculties. There Quliyeva studied piano with famous professors Jovdat Hajiyev and Georgy Sharoyev. 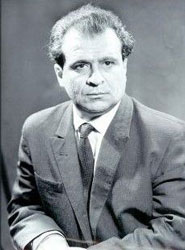 Feride Quliyeva successfully graduated from both faculties in 1952. She was sent to study in Moscow. Studying and communicating with such a titan of music as Alexander Borisovich Goldenweiser, rich musical life of the capital, meetings and acquaintances with outstanding musicians broadened Quliyeva’s mind and enriched her inner world. This was a new stage in Quliyeva’s creative biography, which contributed to the further deepening and development of her performing skills.

While studying at postgraduate, Quliyeva played many concerts in the Small Hall of the Moscow Conservatory. Her graduate thesis was The Concert Composed for Piano and Symphony Orchestra, which was highly appreciated.

In the 50s, Quliyeva created a number of interesting, memorable, beautiful works based on Azerbaijan folk music. She also created works in various genres – string quartet, etudes for piano, Caprice for chamber orchestra, Preludes for harp, plays for piano, Fantasy for piano and symphony orchestra, ballads for baritone. She wrote a series of piano pieces for children.