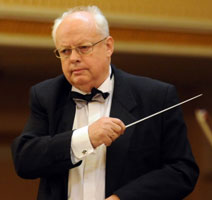 Myroslav Skoryk was born in Lviv, Ukraine, in 1938 (then it was a part of Poland). His father, Mykhaylo Skoryk, was a historian and an ethnographer, while his mother, Maria Skoryk (Okhrimovich), was a chemist. His parents were not professional musicians, but his mother liked to play the piano and his father liked to play the violin. Myroslav’s mother was a relative of such prominent artists as a singer Solomiya Krushelnytska, folklorist Volodymyr Okhrimovich and artist Yaroslava Muzyka. The famous singer Solomiya Krushelnytska, his grandmother’s sister, often visited them. She noticed that Myroslav had absolute pitch, it was Krushelnytska who advised his parents to send him to music school. He started studying music at music school in Lviv in 1945.

Solomiya Amvrosiivna Krushelnytska (September 23, 1872 – November 16, 1952), one of the greatest soprano opera singers of the first half of the 20th century.

In 1947, the family were repressed on political grounds and deported to Anzhero-Sudzhensk (Kemerovo region)­­ in Siberia. Being there the future composer continued his studies at a music school. After Joseph Stalin’s death (1953) the Skoryks were allowed to return to Lviv, they returned home in 1955. 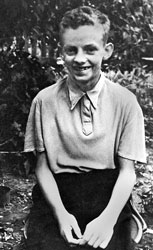 In 1955-1960 Myroslav Skoryk studied at the Lviv State Lysenko Conservatoire, there he studied music history and theory with Stanislav Lyudkevych, and composition with Roman Simovych and Adam Soltys. Then he began to create piano compositions. The well-known Ukrainian and Russian performers willingly included them in their repertoire. Skoryk’s achievements were noticed and highly appreciated by the composer Dmitry Shostakovich.

In 1960, Skoryk enrolled in the postgraduate research program at Moscow State Tchaikovsky Conservatoire (he studied with the celebrated Dmitry Kabalevsky) and completed it in 1964. His dissertation has the title The Model System of Prokofiev (Osoblyvosti ladu muzyky S. Prokofieva).

The photo of Myroslav Skoryk after graduating from Moscow State Tchaikovsky Conservatoire. He is playing the piano in the Moscow restaurant “Budapest”

Since 1963 he had been working at the Department of Music Theory and Composition of the Lviv State Lysenko Conservatoire. In the same year, he joined the Union of Ukrainian Composers (he was the youngest member of this organization at that time). In 1964, Skoryk wrote music for one of the best films directed by Sergei Paradzhanov Shadows of Forgotten Ancestors (Tini zabutykh predkiv) based on the story by Ukrainian writer Mykhailo Kotsiubynsky. In the mid sixties, the composer turned to the genre of ballet, creating a one-act work based on the verse by Ivan Franko Stonemasons (Kamenyari). But the most popular was his Carpathian Concert (Karpatsʹkyi kontsert) for the orchestra (1973), which has been successfully performed in many countries of Europe and America. In 1968, Skoryk moved to Kyiv and hold the post of the teacher of composition at the Petro Tchaikovsky State Conservatoire (now Petro Tchaikovsky National Music Academy of Ukraine).

He has been working for a long time in the United States, since 1996 – in Australia, in the late 1990s he returned to Ukraine. Skoryk was the head of the Composition Department of the Lviv National Musical Academy, he continued to work intensively as a composition teacher, he was also the head of the chamber orchestra of the academy, for which some of his works were written. 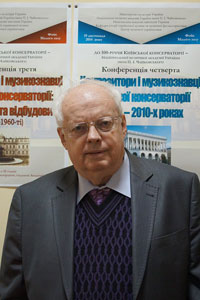 Myroslav Skoryk is one of the brightest representatives of the modern generation of composers. His music, combining a vibrant national colour and modern musical technique, was in the repertoire of many Ukrainian and foreign performers and musical ensembles. This includes Hutsul Triptych (Hutsulʹsʹkyy tryptykh), and Carpathian Concert for the symphony orchestra, three piano and eight violin concertos, as well as a concert for cello and orchestra, seven partitas, two sonatas for violin and piano, numerous piano compositions, violin and chamber ensembles. His Melody (Melodiya) received wide popularity.

The composer created a number of monumental works, including the Spiritual Concerto (Dukhovnyy kontsert) for mixed choir a cappella and soloists, the opera Moses (Moysey), based on the poem by Ivan Franko, the ballets Crossroads (Perekhrestya) and Caprisis (Kaprysy), the ballet The Return of Butterfly (Povernennya Batterflyay), the composer used the fragments of the opera Madama Butterfly by Giacomo Puccini, cantata Gamalia for mixed choir, soloists and symphony orchestra, based on verses by Taras Shevchenko. 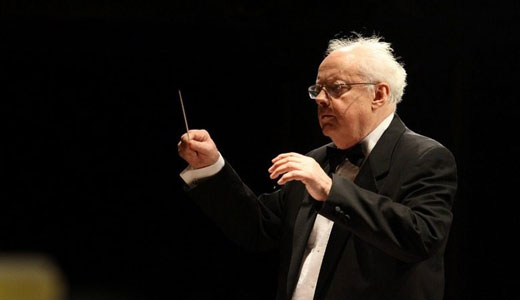 The works of Myroslav Skoryk are performed in the USA, Canada, Australia, France, Germany, Austria, Poland, Czech Republic, Slovakia, Russia, Georgia, Armenia and the Baltic countries. The composer often performs his own works as a conductor and pianist. Skoryk presently resides in Ukraine, and travels frequently to concertise and lecture in Europe, the United States, Canada and Australia.