Earl Kenneth Hines known as Earl “Fatha” Hines (born December 28, 1903, Duquesne, Pennsylvania, U.S. – died April 22, 1983, Oakland, California, U.S.), was an African American jazz musician, one of the most influential figures in the development of jazz piano of the 20th century. He created a lasting influence on generations of jazz musicians. Hines was also a pioneering recording artist who made some of the definitive recordings of jazz history including the Hot Five and Hot Seven sessions with Louis Armstrong.

Earl Kenneth Hines was born on December 28, 1903, in Duquesne, Pennsylvania. When Hines was only three-years-old his mother died and his father remarried. Hines was raised by his father, Joseph, and stepmother, Mary. Both of his parents and a number of his siblings were musicians as well. His father played cornet and was the leader of the Eureka Brass Band in Pittsburgh, and his stepmother was a church organist. As a child Earl Hines took trumpet lessons from his father, but began studying classical piano at the age of 9, three years later he decided he was more interested in jazz piano.

Education and his first job with Lois Deppe

When Hines was 14, Hines moved to Pittsburgh, Pennsylvania, to live with his aunt Sadie Phillips so that he could attend Schenly High School, where among other classes, he studied classical music. He majored in music in school and also played gigs around his home town in a band he formed with a couple of friends. After finishing high school, at the age of 17 he took a job playing with Lois Deppe in a nightclub. Deppe paid Hines $15 a week. They played the Liederhouse for almost a year and started an orchestra. It was the first African American swing band in Pittsburgh. In 1922 Hines made his first recordings with Deppe and his orchestra. 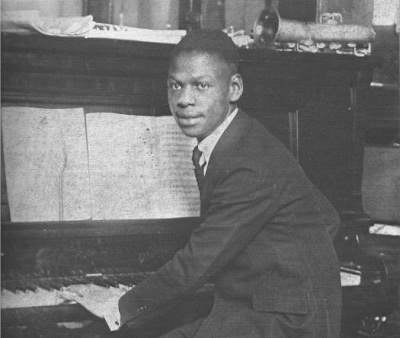 Earl Hines at the Lieder House

In the mid-‘20s, many of Earl Hines’ musical associates encouraged him to try working in Chicago. His first job in Chicago was at the Elite No. 2 Club, where he worked for a short time before joining Carroll Dickerson’s band. In 1925-1926 Hines travelled around the country touring with the band. In Chicago Hines met many famous jazz musicians including one of his recording partners Louis Armstrong. Two masterful musicians became good friends and consistently inspired each other. When Louis Armstrong took over Dickerson’s band in 1927, Hines stayed on as pianist and musical director. In sessions for Okeh Records in June and December of 1928 Hines recorded several songs with Louis Armstrong and the Hot Five.  After recording with Louis Armstrong in 1928, and penning with clarinetist Jimmy Noone’s Apex Club Orchestra his A Monday Date and Noon’s Apex Blues, he delivered a handful of 1928 solo piano interpretations of his own compositions, including A Monday Date, Caution Blues, Blues In Thirds, Stowaway, Chimes In Blues and especially the fully improvised Fifty-Seven Varieties, that already displayed his mastery at intricate rhythmic patterns and lyrical phrasing. 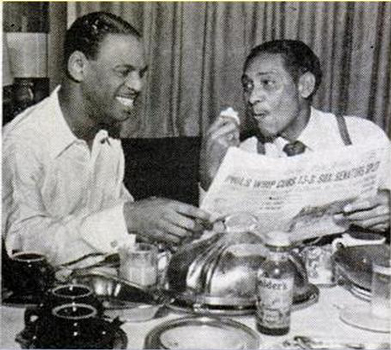 In December of 1928 at age 25 Hines formed his own 28 member orchestra beginning a ten year engagement at the prestigious Grand Terrace Ballroom in Chicago. The Hines Orchestra became national known through tours, coast to coast radio broadcasts, and hit recordings during the 1930s through 1948. In the early 1940s Hines formed a new West Coast band that included such bop pioneers as Charlie Parker and Dizzy Gillespie, as well as singers Sarah Vaughan and Billy Eckstine. In 1944 he received Esquire Magazine’s Silver Award. In 1946, Hines was injured in an automobile accident, and he couldn’t longer tour with his band. The band broke apart in 1947. 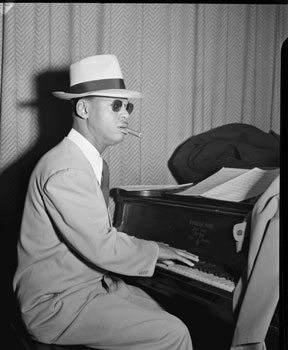 Hines joined the Louis Armstrong All-Stars, and they toured Europe. He left this group in 1951 and led his own band until 1955. In 1957, Hines teamed with Jack Teagarden and together they toured Europe and were received enthusiastically. 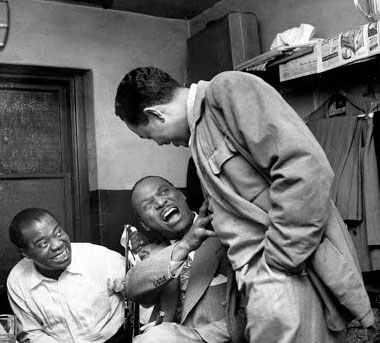 From 1955 into the early 1960s, Hines took a regular gig playing at the Hangover Club in San Francisco.  He continued record and tour in Canada, England, and the European during this time. Hines had a major career resurgence during the early 1960s, with concert performances and recordings (such as the albums Spontaneous Explorations and Legendary Little Theatre Concert, both 1964) leading to renewed critical and popular appreciation. In 1965, he completed a successful tour of Europe. In 1966 Hines went to Russia and in 1967 he returned to Europe and in 1968 was featured at London’s Jazz Expo. In 1975 he was featured in a one hour solo performance special on British television. 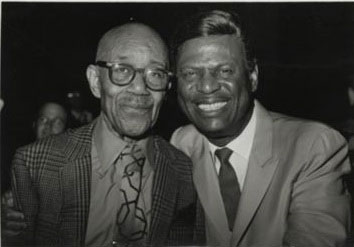 In the later years of his life, he suffered from heart problems and arthritis. Hines continued playing until he died from a heart attack at the age of 79, on April 22, 1983, in Oakland, California. His legacy remains as one of the greatest jazz musicians in history.