Turner Layton (born July 2, 1894, Washington, D.C., USA – died February 6, 1978, London, England) was an American vaudeville and show tunes pianist and composer. Layton is best-known for the songs that he wrote with lyricist Henry Creamer: After You’ve Gone (1918), Dear Old Southland (1921), Way Down Yonder in New Orleans (1922), which was one of the dance numbers in the Astaire/Rogers film The Story of Vernon and Irene Castle (1939), and Whoa, Tillie (1923) which was popularized by Bessie Smith.

Turner Layton was born into the family of John Turner Layton, a singer and hymn composer. Layton received his early musical education from his father, and then he attended the Howard University Dental School.

In the early 1900s he moved to New York City, where he met future songwriting partner, Henry Creamer, who wrote the lyrics to his music. Both men achieved success with After You’ve Gone (1918), which sold over one million records when recorded and popularized by Sophie Tucker, and Way Down Yonder in New Orleans (1922), which was recorded in 1927 by Frank Trumbauer. 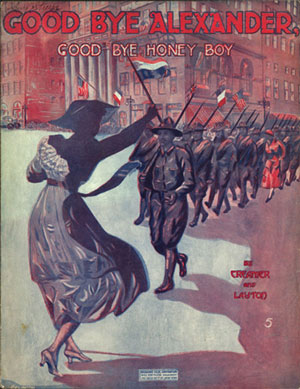 Sheet music cover for a patriotic Creamer and Layton song, 1918

By 1924 Layton began a successful career as a performer in England. Layton formed a partnership with Clarence Johnstone and this was an immediate success. In 1934, Clarence became involved in a highly public divorce scandal and this caused a great scandal. In 1935, it was the end of Layton and Clarence’s partnership and after satisfying their recording and performing contracts, they went their separate ways.  Clarence returned to New York and continued to perform with significantly less success, Layton continued to perform in England. Although the duo had broken up, Layton still enjoyed a great deal of success and worked and toured until the 1950s. 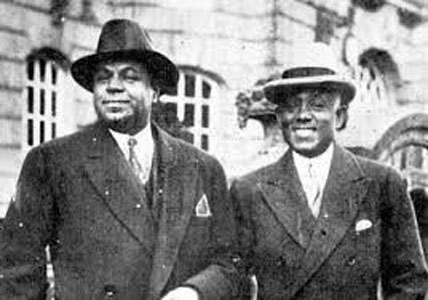 Turner Layton retired in 1956 and lived quietly in Hampstead (an area in north London, England) until his death in February 1978.