Lyatoshynsky Borys Mykolayovych (born January 3, 1895, Zhytomyr, Ukraine (then part of the Russian Empire) – died April 15, 1968, Kyiv, Ukraine (then Ukrainian Soviet Socialist Republic)) was a famous Ukrainian composer, conductor and teacher, one of the most highly regarded and influential Ukrainian composers of the 20th century and is today honoured as the father of contemporary Ukrainian music.

Borys Lyatoshynsky was born in Zhytomyr in Ukraine. His father, Mykola Leontiyovych Lyatoshynsky, was a history teacher, he was also the director of various gymnasiums in Zhytomyr, Nemyriv, and Zlatopol. Lyatoshynsky’s mother played the piano well and sang. 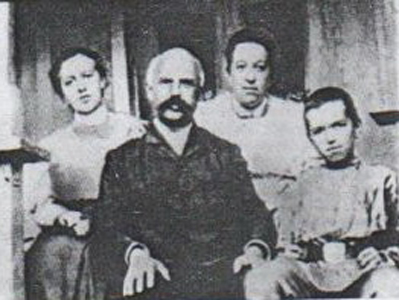 Borys demonstrated great musical talent from an early age. At age 14, he wrote a few musical pieces including a mazurka and waltz for piano, along with quartet for piano. He attended Nemyriv Gymnasium, and later the gymnasium in Zlatopol, where his father was the director.

Borys Liatoshynsky as a student

Arriving in Kyiv from his native city of Zhytomyr in 1913, Lyatoshynsky enrolled in the Faculty of Law at the University of Kyiv, and graduated in 1918. The following year, he completed the composition class of Reinhold Glière at the Kyiv Conservatory (today the Petro Tchaikovsky National Music Academy of Ukraine (NMAU)). During this period of time, significant musical works of Lyatoshynsky were his String Quartet No.1 opus 1 and his Symphony No.1 opus 2.

In 1920, Lyatoshynsky began teaching music theory in the Kyiv Conservatory, and from 1922 he taught composition. In 1922-1925 he headed the Association of Contemporary Music at the Mykola Leontovych Music Society. In 1935, he was appointed professor, and went on to teach at the Kyiv Conservatory, where he remained as a much-loved teacher for the rest of his life. From 1935 to 1938 and from 1941 to 1944 he taught concurrently at the Moscow Conservatory. In 1941-1943, many faculties of the Moscow Conservatory were relocated to Saratov, where Lyatoshynsky continued teaching and composing.

In 1944, he returned to Kyiv, worked as the artistic director of the Kyiv State Philharmonic (today the National Philharmonic of Ukraine), as music consultant with the Radio Committee, and he was the head of the Department of Music Theory of the Kyiv Conservatory.

Lyatoshynsky served on the board of directors of the Composers’ Union of the USSR (Union of Soviet Socialist Republics) from the late ’40s until his death. 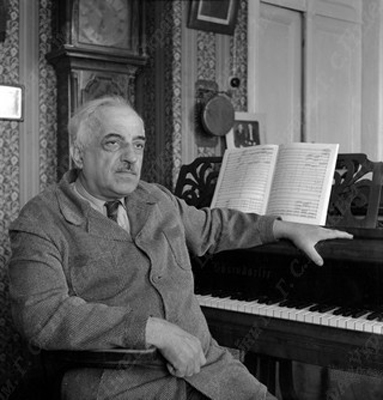 Borys Lyatoshynsky died in Kyiv and was buried in Baikove Cemetery.

Lyatoshynsky wrote in a wide range of musical genres and succeeded in elevating Ukrainian symphonic music to the world level. He lived during an extremely difficult time for his nation, and his music reflects this. Lyatoshynsky was subjected to devastating criticism by Soviet censorship and accused of ‘formalism’. While his First Symphony (1919-1918) was written under the influence of Wagner, Tchaikovsky, and especially Scriabin, his works of the ’20s reflect his growing enthusiasm for the music of Ukraine in works like Overture on Four Ukrainian Themes (1920) and his opera The Golden Ring (Zolotoy obruch) (1929). His Second Symphony (1935-1936, rev. 1940) was conceived and executed on a massive scale, but rooted in the folk music of his country, embodying his own highest intellectual and spiritual aspirations in harsh and angular music of both great complexity and appeal. Lyatoshynsky’s Third Symphony (1951, rev. 1954), is considered the greatest Ukrainian symphony of the last century – a work that manages to blend a modernist manner with great emotional depth and profundity. 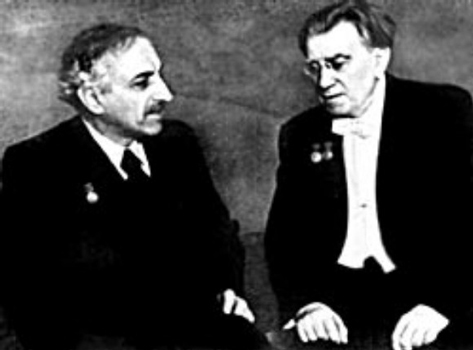 Lyatoshynsky composed two major operas – The Golden Ring (Zolotoy obruch), opera in 4 acts opus 23 based on the Ivan Franko novelette Zakhar Berkut (1929) (revised in 1970); and Shchors opera about Nikolay Shchors in 5 acts after Ivan Kocherha and Maksym Rylsky opus 29 (1937) and many choral and orchestral works – Testament (Zapovit) for choir and orchestra to the poem by Taras Shevchenko, Slavonic Concerto for piano and orchestra), pieces for wind orchestras, romances for voice and orchestra, and for voice and chamber ensembles. 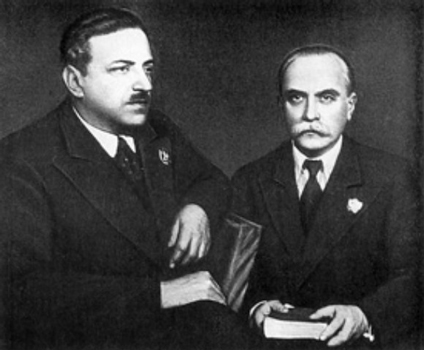 Lyatoshynsky is a composer of great personal and intellectual strength who fervently believed that his music should incarnate the music of his country in its loftiest form, while remaining comprehensible to an educated audience.