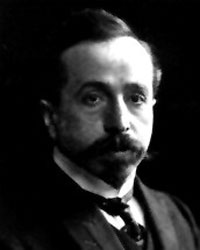 Samuel Moiseyevich Maykapar (born December 18 [December 6, O.S.], 1867, Kherson, Ukraine – died May 8, 1938, Leningrad (now St. Petersburg), Russia), was a famous Russian composer, scientists and pianist. Maykapar is one of the representatives of Leschetizky School. He made a great contribution to the development of musical pedagogy. Maykapar, the author of numerous works for children and young people such as Spillikins (Biryulki), Marionette Theater (Teatr marionetok), Little Novelettes (Malen’kiye novelly) and many others, played a significant role in the development of piano literature for children.

Samuel Moiseyevich Maykapar was born in Kherson into a family of Moisey Samuilovich and Ester Solomonovna Maykapar. Soon after his birth the family moved to Taganrog where the boy spent his childhood. In Samuel’s family much time was devoted to music. Maykapar’s musical abilities appeared at an early age, he inherited them from his mother; she played the piano well. Maykapar began to study music at the age of six. His first music teacher was an Italian pianist Gaetano Molla. The future composer described Molla as a talented and hardworking musician, who taught him to understand and love music. Samuel’s father was a very wealthy person and it enabled him to get a good education. 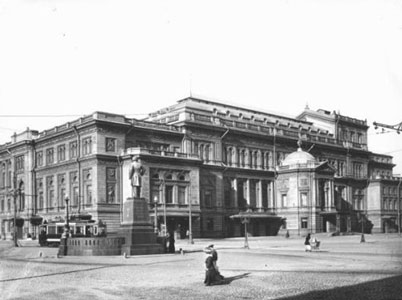 The photo of St. Petersburg Conservatory taken in 1913

Maykapar studied at the Taganrog Boys Gymnasium (nowadays Chekhov Gymnasium; in 1954 it was named after Anton Pavlovich Chekhov, a famous Russian playwright and short-story writer) and graduated from it in 1885. For higher education he went to St. Petersburg.  In 1885 Maykapar entered the St. Petersburg Conservatory, the oldest conservatory in the country; it enjoyed enormous prestige due to the activities of its founder Anton Rubinstein (a famous Russian composer and pianist) and the best musicians who taught there. At the St. Petersburg Conservatory Maykapar studied with Beniamino Cesi, Vladimir Demyansky, Joseph Weis and Nikolai Solovyov. At the same time he studied at the Law Faculty of the St. Petersburg University and graduated from it in 1891. Maykapar graduated from the university two years earlier than the conservatory. For some time he tried to practice as an attorney, but soon he was convinced that it was impossible to combine music with jurisprudence. 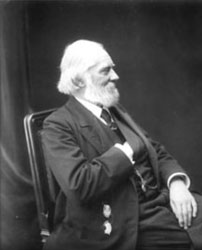 Theodor Leschetizky (June 22, 1830 – November 14, 1915), Polish pianist, composer and teacher who, was one of the most influential piano teachers of his time.

From 1893 to 1898, Maykapar improved his pianist skills with a famous teacher Theodor Leschetizky in Vienna. During this period he was giving numerous concerts in Leipzig, Berlin, Moscow, St. Petersburg and other cities. In 1898 Maykapar returned to Russia and stayed in Moscow. From 1898 to 1901 he gave concerts with Leopold Auer and Ivan Grzhimali. In 1900 his major research work Musical ear, its meaning, nature, characteristics and the method of proper development (Muzykal’nyy slukh, yego znacheniye, priroda, osobennosti i metod pravil’nogo razvitiya) was published. This work had proven that Maykapar was not only an outstanding scientist and musician, he also had theoretical thinking. In 1901 he established his own music school in Tver.

In 1902 Maykapar participated actively in Moscow Science and Music Circle (Nauchno-muzykal’nyy kruzhok), directed first by S. Taneyev and later by Professor of Physiology A. Samoilov. The members of the circle were prominent Moscow musicians and scholars interested in music. Maykapar was the secretary of the circle and the organizer of all the reports.

In 1903-1910 Maykapar lived and worked in Germany. There he attended concerts, studied literature, got acquainted with composers, musicologists and performers. Maykapar’s concerts were given in small halls. In 1910, while in Berlin, he received the letter from the director of the St. Petersburg Conservatory. Maykapar was offered a position of a piano teacher at the St. Petersburg Conservatory. In autumn he started to teach. Two years later he became a senior teacher and in 1915 a Professor.

Maykapar left the work at Conservatory in 1929 because of his poor health. In 1934 in Leningrad, Young Talent Music Competition was organized, Maykapar was a member of the jury. More than half of the competition participants played his piano pieces. In 1935 Maykapar wrote an article Children’s Instrumental Ensemble and Its Significance in the System of Music Education (Detskiy instrumental’nyy ansambl’ i yego znacheniye v sisteme muzykal’nogo obrazovaniya).

In the last years of his life, in addition to composing pieces for the instrumental ensemble, Maykapar continued to pay much attention to methodological work. He was acquainted with many outstanding musicians and was able to describe his impressions very vividly in his book The Years of Study (Gody ucheniya), published in 1938, in the year of his death.