Ihor Naumovich Shamo (born February 21, 1925, Kyiv, Ukraine  – died August 17, 1982, Kyiv, Ukraine), is famous a Ukrainian composer. He is the author of more than three hundred songs, including anthem of the Ukrainian capital Kyieve Mii (My Kyiv), cantatas, three symphonies, concertos for flute with orchestra, chamber pieces, film scores, etc.  Shamo is a People’s Artist of the Ukrainian Soviet Republic (1975), Laureate of the Taras Shevchenko State Prize (1976). Shamo’s lyrical and patriotic songs enjoyed national popularity in their time and some have survived much longer.

Ihor Shamo was born in Kiev to a family of Jewish origin.

He showed remarkable musical ability as a child. His musical abilities were noticed at school. Young Shamo learnt rudiments of music at the Pioneers Palace. Upon the recommendation of the famous teacher D. Pysarevsky, who selected the most gifted children, Shamo continued his studies at the Mykola Lysenko Music School in Kyiv. The composer thought that his school years were the happiest, because he discovered a wonderful world of music and its brilliant creators. He was fascinated by Bach, Mussorgsky, Rakhmaninov and Shostakovich. Shamo was taught by the famous and talented teachers such as A.O. Yankelevych (piano), M.Y. Gozenpud (composition), pianist and teacher A.M Lufer. In 1941 he graduated from the Mykola Lysenko Music School.

In 1941 his father and elder brother went to war. Shamo and his mother were evacuated to Ufa, where he entered the medical institute and managed to complete only the first year of his studies. In 1942, he enlisted as a volunteer in the army. Until 1946 Shamo was a military paramedic at the front, and he participated with the 1st Ukrainian Front in the battles. The war was over but all he had to go through in that terrible war would be reflected in his music.

Shamo met his future wife Lyudmila at the first military ball in Vienna after the victory. They were both the lieutenants of medical services. Soon they got married. In the spring of 1946, Shamo and his wife were demobilized and they returned home to Kyiv. 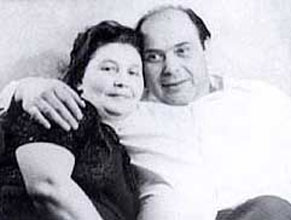 Ihor Shamo with his wife Lyudmila

The couple had two children. Ihor Shamo’s talent was inherited by his children. Son Yuri Ihorevych Shamo followed his father as a composer. Yuri is the author of many music works, including mono-operas, song cycles, etc. Yury Shamo was awarded the honorary title of “The Man of the Year 2000” (USA).  Composer’s daughter Tamara Ihorivna Shamo is occupied with preservation and popularization of Ihor Shamo’s heritage, she was awarded the title of “Woman of the Year 2001” (USA). Ihor Shamo’s granddaughter Iryna Borodyanska  became an opera singer.

Borys Mykolayovych Lyatoshinsky was a Ukrainian composer, conductor, and teacher

In 1946, Shamo entered the Composition Department at Kiev Conservatory. He studied with famous teachers such as Revutsky, Verikovsky, Vilinsky and Taranov. But the most important teacher for Shamo was professor Lyatoshynsky, with whom he studied composition. Lyatoshynsky’s influence on further Shamo’s creativity was immense. Being a second-year student, he was admitted to the Union of Soviet Composers in 1948. Shamo graduated from Kiev Conservatory with honours in 1951.  He played his own Concert-Ballade for piano and orchestra at his graduation.

Shamo is the author of more than three hundred songs, including anthem of the Ukrainian capital Kyieve Mii (My Kyiv), lyrics by poet Dmytro Lutsenko. This song was written in 1962, the same year it was performed at Kyiv Opera Theatre and in 2014 it became official anthem of Kyiv.

Rusʹka fantaziya (Russian Fantasy) is his first work. It’s romance for cello and piano. He wrote orchestral compositions (three symphonies), flute and strings concert (1977), concert for button accordion and string orchestra (1981), quartets and choirs based on poems by Ivan Franko, chamber-vocal cycles based on poems by Robert Burns and Andriy Malyshko. Among the chamber works of the composer, folk opera Yatransʹki ihry (Yatran Games) on libretto by V. Yukhimovich, holds a special place. 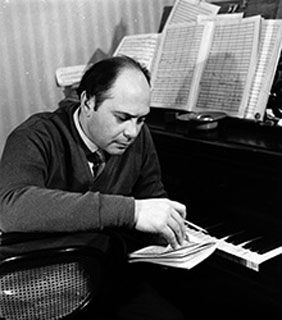 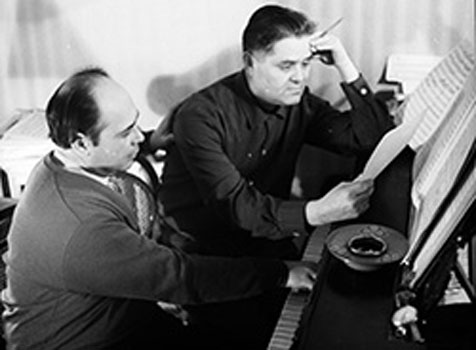 Ihor Shamo is a People’s Artist of the Ukrainian Soviet Republic (1975), Laureate of the Taras Shevchenko State Prize (1976).

Ihor Naumovich Shamo died on August 17, 1982 in Kyiv. He was buried in Kiev at the Baikove Cemetery. 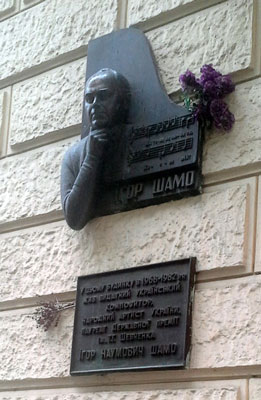